YMCA Calgary is situated on the Ancestral Lands of the Blackfoot Confederacy: Siksika, the North and South Piikani Nations, and the Kainai Tribe, including members of Treaty 7 First Nations, the Tsuut'ina Nation, and the three Bands of the Stoney Nation. Calgary is also home to Métis Nation of Alberta, Region III, and all those who make their home in this area.

Building healthy communities for over a century

Since our inception in 1902, YMCA Calgary has evolved into a vibrant charity offering health and wellness programs, leadership and community outreach programs, child care, and day and overnight camps.

Our communities are happy and healthy because children, youth, and adults belong, grow, thrive, and lead.

We connect people through diverse and shared experiences. As a trusted charity, YMCA Calgary helps create spaces and communities that are welcoming and inspiring.

YMCA Calgary is committed to practicing and demonstrating the core values of respect, honesty, responsibility, and caring in all aspects of the organization. 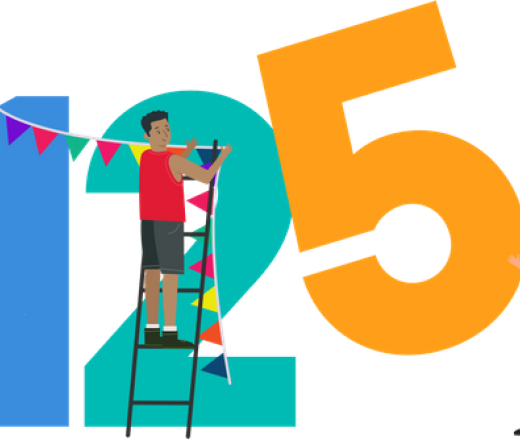 YMCA Calgary has a long history and proud legacy of working with and for the community as a charity. Within the next ten years, we will celebrate 125 years of serving Calgarians. We must continue to be trusted to deliver on our commitments to the communities and stakeholders we serve and be a relevant charity of choice. 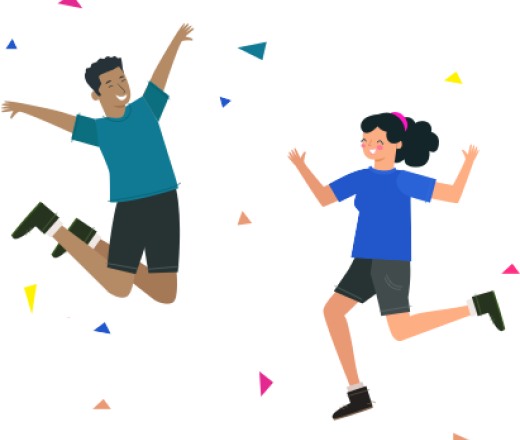 People are looking for, and value experiences - experiences in which they are immersed, have opportunities to connect, and feel engaged. Our research helped us understand that we need to deliver experiences that enhance the quality of people’s lives through connection and engagement. 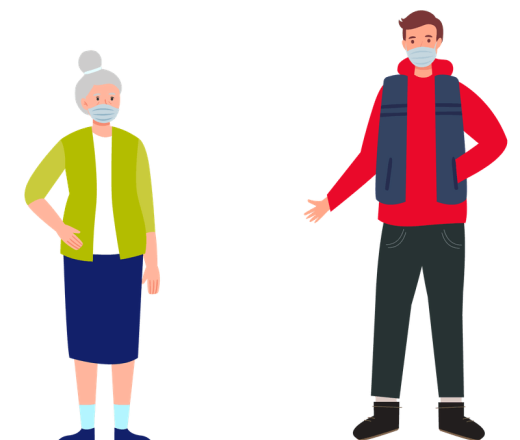 We Can't Do It Alone

Our choice is to focus on partnerships with organizations that share our vision. The dynamics of the social and economic changes sweeping over Calgary are much too complex and weighty for any one organization to tackle on its own.

There is a readiness and willingness to work together in ways that have not been tried before.  Through collaboration and strengthened partnerships, we will enrich our impact and outcomes to better serve the needs of the community. 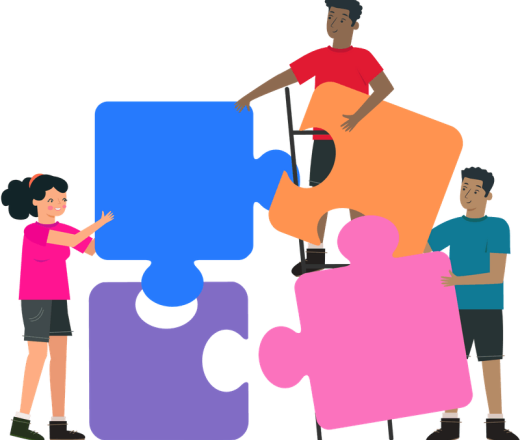 A Place for Everyone

Our spaces and services are a beacon in the community. Activating spaces where people choose to gather is another strategic imperative surfaced by our research. Over the next ten years we will reimagine our assets and new initiatives based on new patterns of where and how people choose to live, work and play closer together.

Here for the Long Term

YMCA Calgary has a strong history of serving the Calgary community. We want to continue to be here for the long term. Within the next ten years, we will celebrate milestones such as Camp Chief Hector YMCA turning 100 years old and 50 years of girls attending camp. We know how to manage and maintain assets and we want to ensure our facilities are sustainable and accessible to everyone.

YMCA Calgary begins operating a library, public reading rooms and classes for young men and boys in the Maclean Block in downtown Calgary.

The first YMCA building in Calgary opens. Constructed on land leased from the Canadian Pacific Railway, the facility is named the Calgary City and Railroad YMCA. It would later become known as the Central Y.

Calgary becomes home to the first Chinese YMCA in North America. It is housed in the Chinese Mission at 120 2 Avenue. Along with recreational and fitness activities, the facility offers educational, vocational and leadership programs to a growing Chinese population.

The first Hi-Y (High School YMCA) Club in Canada emerges out of the Collegiate Club at Central High School. This service group is promoted as a means of training future volunteer leaders.

The City of Calgary makes Firehall No. 4 available to YMCA Calgary. It is equipped by the Y’s Men’s Club and the Rotary Club. That same year, it becomes the site of YMCA Calgary’s first official branch—Riverside YMCA.

In addition to providing boys activities and developmental programs, Riverside YMCA conducts evening classes and Leisure Time League activities. For a short period, it is home to a girls’ club. (The Riverside YMCA building was returned to the City of Calgary in 1948.)

YMCA Calgary offers recreation and learning opportunities to the unemployed during the Great Depression. A 1951 newspaper article will later say of these efforts: “Possibly the greatest public service Calgary YMCA has ever performed was between 1932 and 1936 during the depression when, despite the shortage of money, it managed to form and keep alive the Leisure Time League, an organization that offered to the hundreds of unemployed free courses in trades, crafts, arts and provided recreational facilities to keep them off the street and occupied.”

YMCA Calgary operates a canteen at the Mewata Armory and opens its doors to men in uniform. More than a million members of the Canadian Armed Forces will pass through the Central YMCA’s doors during World War II.

YMCA Calgary becomes a founding member of the Community Chest, the predecessor to the Calgary and Area United Way.

The Central Y moves from 9th Avenue and 1st Street SE to 6th Avenue and 3rd Street SW and expands programs and services. The old Central Y building is returned to the Canadian Pacific Railway.

A new experimental venture in community work is created and a full-time staff member begins developing a variety of outreach programs.

Women are allowed to join the Central YMCA.

The North Family YMCA begins providing a recreation, fitness and lifestyle programs for youth at the Calgary Young Offender Centre.

YMCA Calgary refocuses attention on community initiatives, eventually creating a department to handle this function. By 1997, this department has evolved into its own branch named Community YMCA.

Dedicated to the principle of equal access for all, YMCA Calgary begins the YMCA Partners with Youth annual giving campaign, now known as the YMCA Strong Kids Campaign. This fund-raising campaign enables all children and youth to enjoy a YMCA experience despite financial circumstance.

YMCA Calgary opens the Shawnessy YMCA. Part of the South Fish Creek Complex, the facility is also home to a public library, a Catholic senior high school, Calgary Board of Education classrooms, a community gym and twin ice arenas.

An extensive renovation on Camp Chief Hector Lodge gives it the capacity to serve 600 youth.

The YMCA Growing Strong Together Campaign begins. Funds raised help build a new northeast branch, redevelop and expand Camp Chief Hector, Eau Claire and Crowfoot branches and provide financial assistance for those who might not otherwise have the opportunity to enjoy a YMCA Calgary experience.

The Growing Strong Together Campaign exceeds its $10-million goal.

Rocky Mountain YMCA officially changes its name to Camp Chief Hector YMCA, named for Chief Hector Crawler in honour of his efforts to develop the camp and build a harmonious relationship with the Nakoda people.

Camp Chief Hector celebrates its 80th anniversary and takes significant steps towards environmental sustainability through the installation of solar panels on the roof of Hector Lodge and a state-of-the-art water treatment system. This system sets a new standard for water treatment in the Kananaskis and Elbow Valley area.

A children’s garden is created to teach campers about growing food.

Saddletowne YMCA, located in northeast Calgary, opens its doors in January. This branch houses the Genesis Center of Community Wellness in the heart of Taradale, Martindale and Saddleridge communities.

In October, a YMCA opens as part of the new Calgary Health Region’s South Health Campus. This facility integrates wellness, health research and education into a clinical setting. The focus is both on health and wellness as well as patient and community care in a state-of-the-art health facility.

The YMCA Power of Potential Capital Campaign begins. The funds are used to operate, equip and serve the three new YMCA branches, and also upgrade other facilities, including Camp Chief Hector YMCA.

Eau Claire YMCA officially changes its name to the Gray Family Eau Claire YMCA. On February 27, in a steadfast commitment to his own wellness, Jim Gray completes more than 300,000 lengths over 23 years to reach his goal of swimming across Canada. At this special event, we announced the renaming of Eau Claire YMCA to celebrate his commitment to the community through his ongoing support of YMCA Calgary.

Crowfoot YMCA officially changes its name to the Melcor YMCA at Crowfoot in recognition of a $1-million donation from Melcor Developments Ltd.

Remington YMCA in Quarry Park opens its doors as the first of three new recreation facilities.

Shane Homes YMCA at Rocky Ridge opens its doors and becomes the largest operational YMCA in the world, further serving the northwest community of Calgary.

Brookfield YMCA at Seton opens and surpasses Shane Homes YMCA at Rocky Ridge as the largest YMCA in the world.

YMCA Calgary reopens its doors on June 28 after experiencing a year and a half of uncertainty due to the COVID-19 pandemic.

A 10-year Strategic Plan, Navigate, is launched and introduces our new promise as an organization.

YMCA Calgary is a city-wide force for community building, and your donation makes a real impact. Give so no one is turned away!